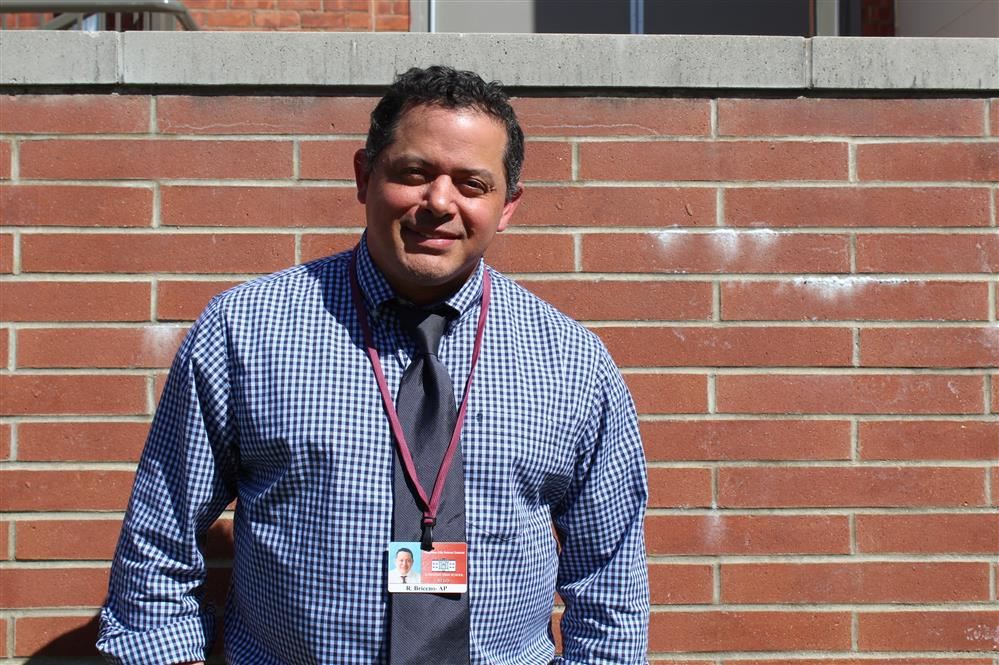 Briceño’s family immigrated from Venezuela when he was 7, first settling in upstate NY. Entering 2nd grade without knowing English was quite a challenge, one that he found support for with the help of an ENL teacher, who he says connected with him and his family.

After graduating from St. John's University with a BA in Government and Politics and Minor in Secondary Education, Briceño spent some time working in broadcasting before feeling called to teach. He says that “wanting to give back, serve the community, and work with young people”  were the motivations that became driving forces behind this decision. After returning to school at Adelphi University to earn an MA in School Leadership and Technology, he started teaching social studies at a secondary level, then began his administration career as Assistant Principal in New Rochelle. He says it was a great place to start as an administrator due to the very diverse makeup of the school, racially and economically.

Next, he spent 7 years as Assistant Principal at the NYC Department of Education, where he supervised most departments. He worked to create opportunities that allow students to get out in the world and be exposed to different experiences and things. To this end, he is proud of his work with the Urban Advantage (UA) program, which collaborates with some of NYC’s leading culture institutions. A trip to a place like the American Museum of Natural History, he says, “helps bring science to life for students.”

What drew Briceño to Kingston High School was its diversity, evolving demographics, and the myriad of resources available to students and staff. He is excited to focus on working with and providing support to students at all levels.

Briceño lives in Westchester with his family of admitted Beatlemaniacs, his three kids, Jacqueline, Jon, and–you guessed it–Jude, earning their names from the Beatles catalog, which is regularly on repeat in their household. Even their dog, a pug named Prudence, follows this pattern. In his free time, Rolando enjoys being literally on the run. He is a 7-time NYC marathon runner, training for his eighth this year! He plans to cross the finish line wearing KCSD gear.