In December, Kingston High School held its inaugural Robotics Competition in the Kate Walton Field House with an outstanding turnout of competitors, volunteers, and spectators. Although the KHS Robotics team could not compete as they were very busy hosting the event, it was a successful start of something big.

The KHS robotics team is now in its fourth year of existence led by Mr. Sean Murray, a Computer Science Teacher at the high school. His team of about 15 students has grown since its conception, not only in the number of students participating but also in what everyone is learning. Robotics is an interdisciplinary sector of science and engineering dedicated to the design, construction, and use of mechanical robots. What started as a basic “bot” in the 2016-2017 school year has advanced to a yearly creation of a freshly designed robot, this year’s going by the name of “Norman.”

After a successful competition season this year, Norman will be ready for his challenging tasks at his Championship debut on March 14 as the Tigers head to the SUNY Polytechnic Institute in Utica to compete once again. Robotics competitions are different from what we see on television like the Battle Bots tournaments. It is more of a team sport where everyone has a role and works together to earn game points, rather than destroying the opponent's bot. “Everyone brings something unique to the team and has a different job,” said Murray. There is robot design, engineering, operating, writing a team booklet, art design, project management, and sometimes even costume design (some teams get into it!). Judging and awards can be given to any of these jobs; it all counts.

Robotics has become somewhat of a trend throughout the district with each middle school forming a Robotics Club in the last few years. Two young students at J.W. Bailey Middle School, Jackson Cutrone and Timothy Leiching, brought the idea of starting a club to their Principal at the beginning of the 2018-2019 school year. Soon after their first Principal meeting, they found an advisor (Mr. Gallagher, Math and Science Teacher) to help launch the club and find ways to purchase essential equipment to sustain the needs of a Robotics club, like the field, field elements, and engineering materials to build the bots. Bailey’s Robotics Club has grown to have about 10-15 students participating regularly every week.

Miller Middle School’s Robotics Club was formed during the 2018-2019 school year with about four student participants in 5th and 6th grades with the help of Mr. Cobb, a STEM Master Teacher, as the advisor. It has quickly expanded to have about 12-15 students each week. Advisor, parent, and school support is certainly a factor when it comes to maintaining a Robotics Club as it requires funding to keep up with the ever-changing field elements each year. Miller’s PTSO via the annual Miller Craft Fair generously donated funds for two robots this year.

As with many school extracurriculars in STEM fields, young women make up a lower percentage of student participants than their male peers, but the Robotics Clubs in each school do have female team members. “We’re doing the programming this year so I think that will help us later in life,” said Jillian Horner, a 6th-grader at Miller Middle School, when discussing the advantages she and her friends will gain by being a part of the club.

Each middle school club will venture to the annual robotics scrimmage competition hosted by Ulster BOCES in May. This opens the doors to practice their skills and expands their knowledge of the real competition... maybe one day at Kingston High School! 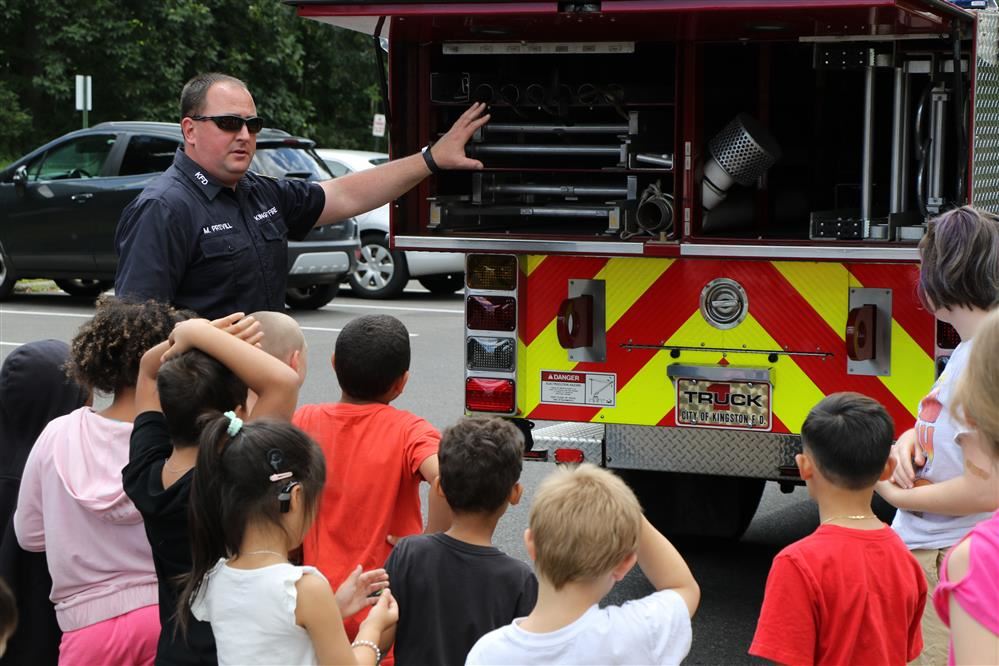 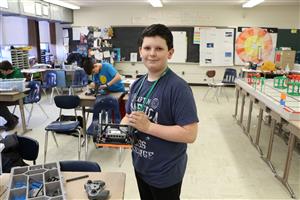 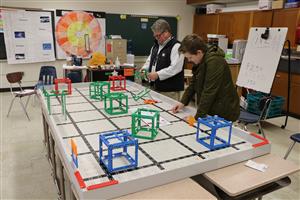 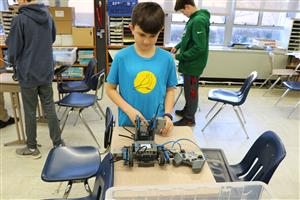 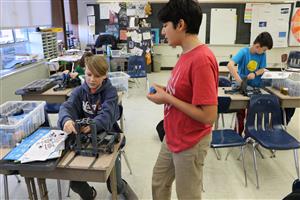 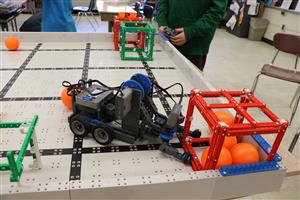 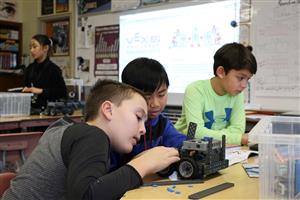 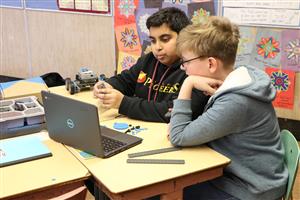 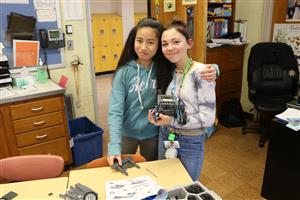 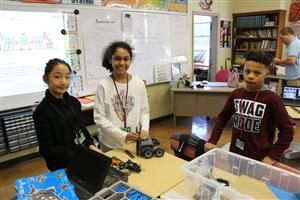 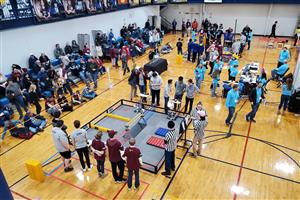 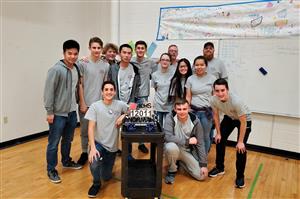