Class of 2020 Announces Valedictorian and Salutatorian!

The Kingston City School District is proud to announce the Valedictorian and Salutatorian for the Class of 2020!

Stephen Dong is the Valedictorian earning a 102.13 Grade Point Average.  Stephen attended St. Joseph’s School through eighth grade before transferring to Kingston High School.    He has had a rigorous schedule throughout his high school career taking as many AP and Honors Classes as he could.  Stephen’s time at KHS also boasts many extra-curricular activities.  He is President of Computer Science Club, President of Robotics Club, President of Science Olympiads, President of Math Team and President of National Honor Society.  He also rows on the Varsity Crew team, is the Secretary of Key Club and is the Class of 2020 Treasurer!  In his spare time, Stephen volunteers for UlsterCorps.

Stephen is very humble, and definitely does not think he is better than anyone else because of this title and accomplishment.  A lot of his success he attributes to luck.  “Having the right teachers and the right opportunities come up at the right times really opened a lot of doors for me,” he said.

Stephen is not yet certain what college he will attend post-graduation, but knows he will study the fields of Computer Science and Social Entrepreneurship.

Kashan Mahmood is the Salutatorian with a 101.47 GPA.  Kashan started his KCSD career at Chambers Elementary School and then moved on to Bailey Middle School.  Kashan has a high school schedule that is full of AP and Honors Classes including AP Physics, AP Economics, and AP Computer Science Principles to name a few.

Kashan also maintains a full schedule outside of the school day.  He runs Cross Country and plays Varsity Lacrosse; is on the Math Team and Science Olympiads; is involved in Student Government, Spanish Honor Society and National Honor Society; and is the Class of 2020 Recording Secretary.

If he had one piece of advice to give to underclassmen, it would be to put yourself first.  “Don’t put too much emphasis on just grades,” he said.  “If you are well-rounded, you’ll end up where you need to be.”

Kashan will be attending Dartmouth University in the fall studying Computer Science and Finance.

These two young men are good friends and very happy to have this one last thing they get to do together.  Congratulations Stephen and Kashan! 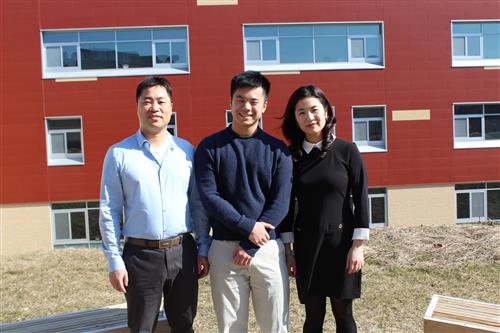 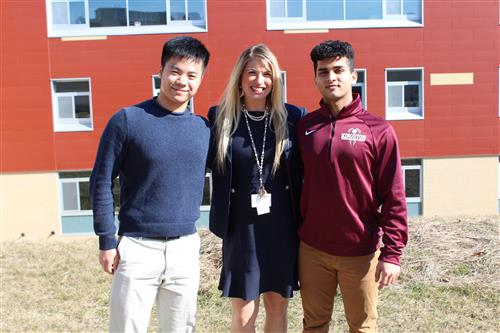