The Kingston City School District continues to advance students in STEM (Science, Technology, Engineering, and Math) education, bringing state-of-the-art equipment into classrooms and integrating science and technology labs into curricula. A grant opportunity emerged in 2017, thanks to the New York State Assembly and The Benjamin Center at SUNY New Paltz known as the Science Lab Initiative (SLI). At the time, Dr. Alissa Oliveto, KCSD Director of Teaching and Learning, deemed it necessary to apply for funding.

This two-phase project was created to encourage scientific curiosity and creativity by bringing new science labs to Ulster County school districts. Participating districts were funded to support the purchase and programming of the new labs by the New York State Capital Assistance Program through the NYS Assembly Ways and Means Committee and the Dormitory Authority of the State of New York. The Benjamin Center at SUNY New Paltz administered the grant and has supported each school district in both the development and implementation phases that began rolling out in 2018.

Phase-one of the SLI began in 2018 with the initial grant award and lab equipment purchases to prepare for implementation. Curricula were developed to incorporate the use of the new technology as well as create an environment for cross-curricular models, meaning the labs would also relate to other lessons being taught in other class subjects like Social Studies. Students in J. W. Bailey and M. C. Miller middle schools were first to use the new technologies available through the grant, learning to use computers to operate machines. Students are able to design stickers and print them on vinyl, design an item to print on a 3-D printer, and code and fly a drone using a computer. What was once a wood and plastic workshop classroom is now a high-tech workspace.

Also during phase-one of this grant was the purchase of Virtual Reality hardware and software for KCSD middle schoolers to use the latest technology in their lessons about the solar system and outer space with a virtual world, seeing things like planets and the sun, as well as rockets and satellites that orbit the earth and other planets by looking through VR goggles. Things that are light-years away are now up close and personal in the classroom.

Phase-two of the SLI began rolling out for the 2019-2020 school with funds allocated toward science lab equipment in KCSD’s seven elementary schools. VR goggles will be available at the elementary level, along with a S.T.A.R. Lab, or portable planetarium dome, that will be shared among the schools to bring the exploration of the universe to life. Phase-two also comprises the addition of electronic probes for KCSD’s middle school chrome books in science lessons that can measure temperature and acidity. 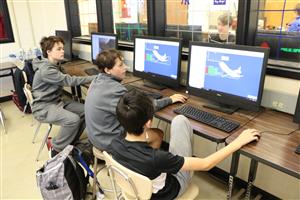 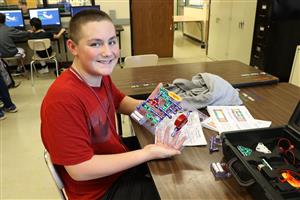 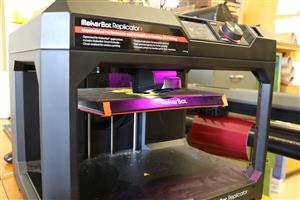 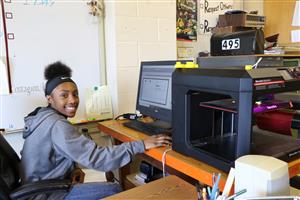 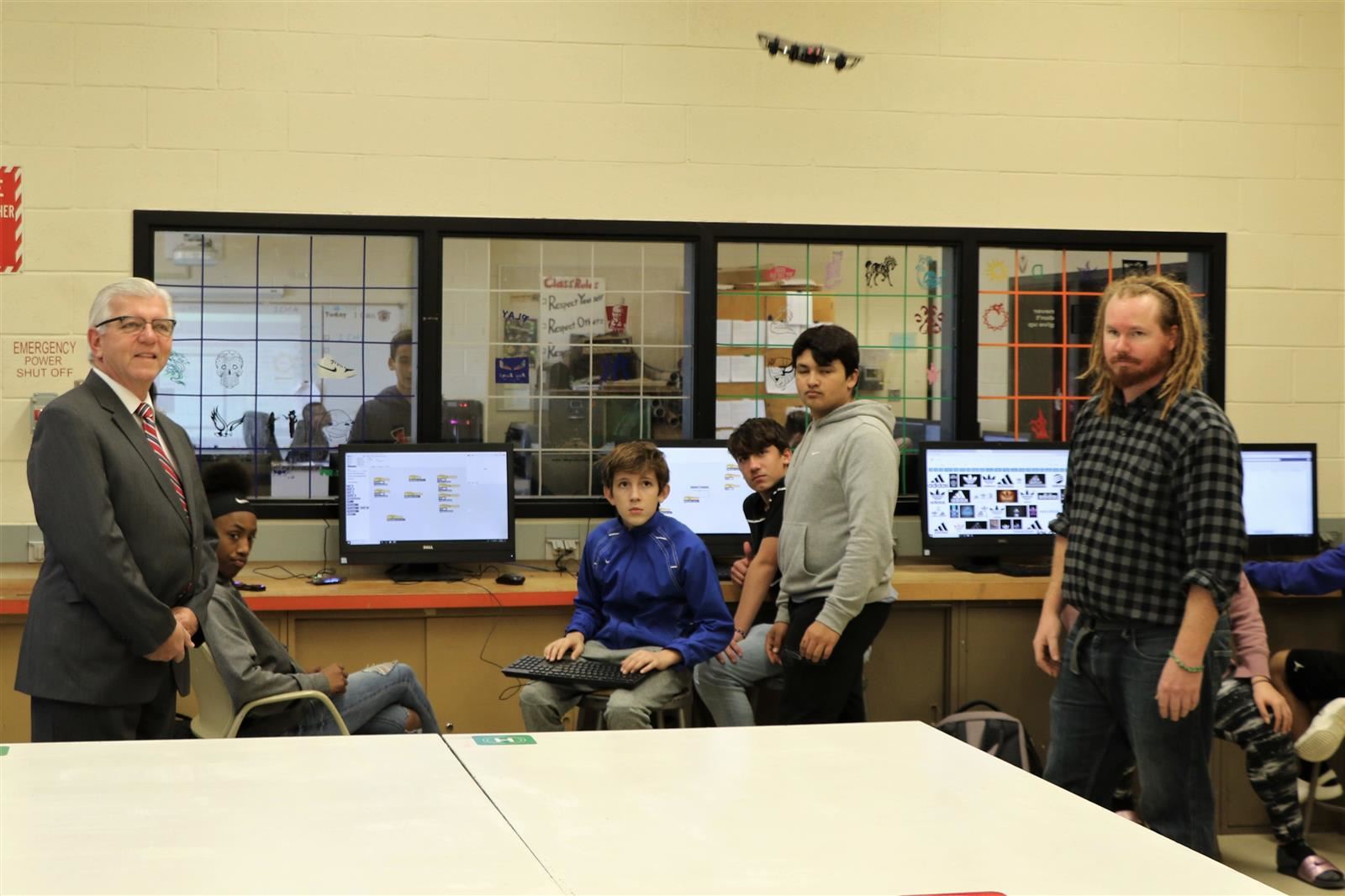 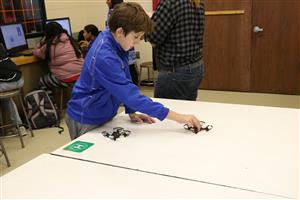 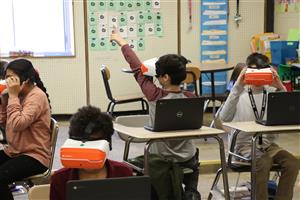 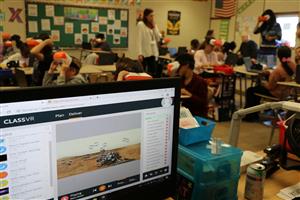 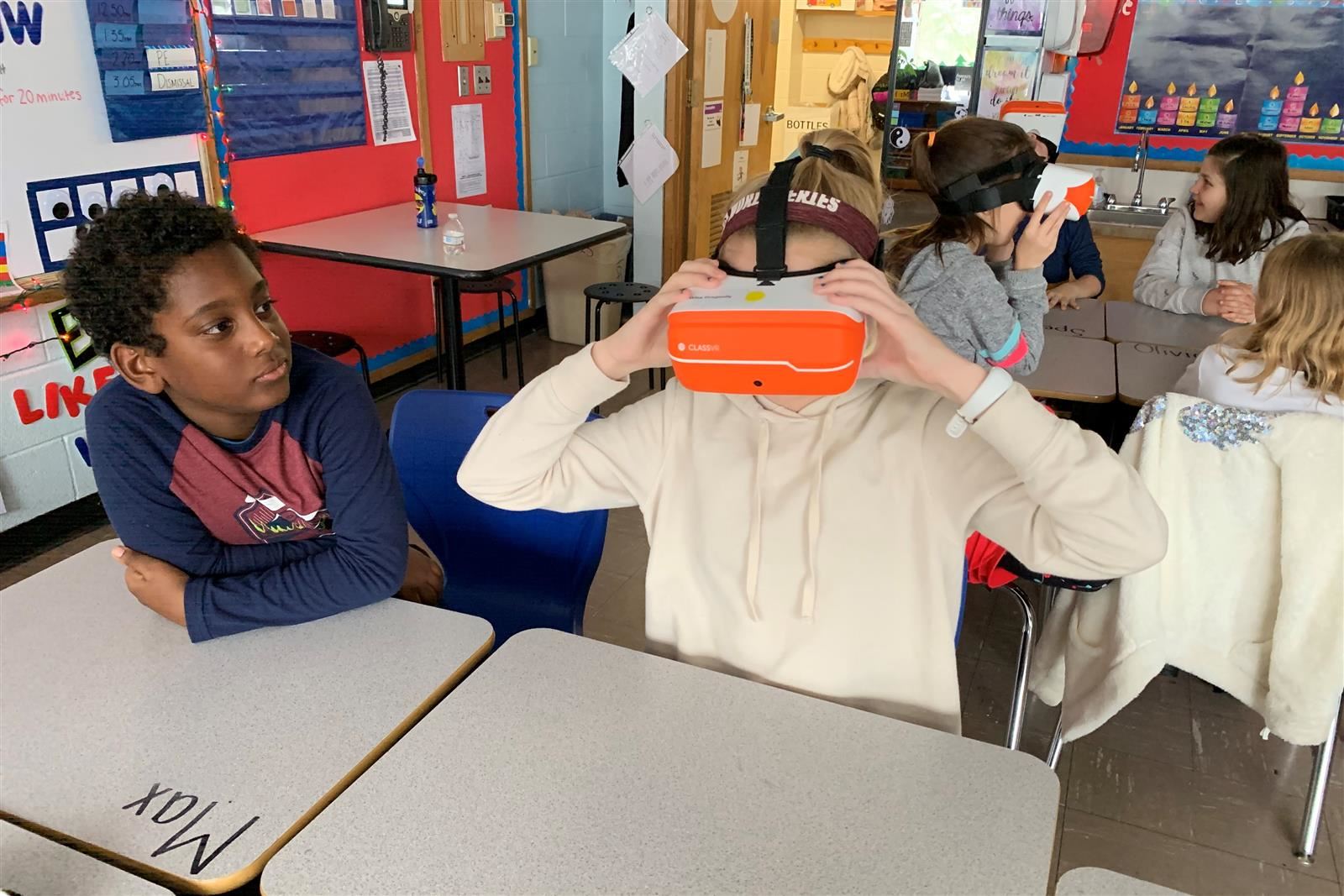 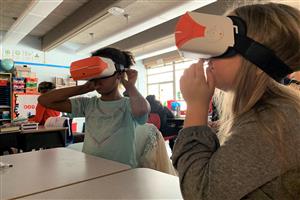