During their lesson on the Great Depression, 8th Graders at MC Miller Middle School did a project on Social Security that required them to write a letter to House Representative Antonio Delgado.  Congressman Delgado received and read all of the students’ letters and decided the best way to answer their questions was to see them in person.

Rep. Delgado thanked the students for taking the time to write to him and reminded them that he represents young people too.  He told them that even though they are not quite old enough to vote, their voices and opinions matter.  He then opened the floor for any questions they wanted to ask and was extremely candid in his answers.  The questions the students posed ran from his childhood and career as a rapper to racism and civil rights, with many important subjects in between.  They tried to get him to rap for them, but were told that he has “put down the mike” in that area.  The Congressman concluded by thanking the students for the great conversation and reminding them, “You all have your own set of skills and gifts to give to the world.  Always believe that you have the power to make tomorrow better than today.  Do not give up that power.”

After the Town Hall session, Rep. Delgado signed autographs, shook hands, and took pictures with all of the students who asked, not leaving until everyone who wanted to meet him had the opportunity.

Following the assembly, students talked about how great it was that they could ask him about anything they wanted and how open and honest the Congressman was with his answers.  Most hoped to get the opportunity to talk to him again sometime in the future. 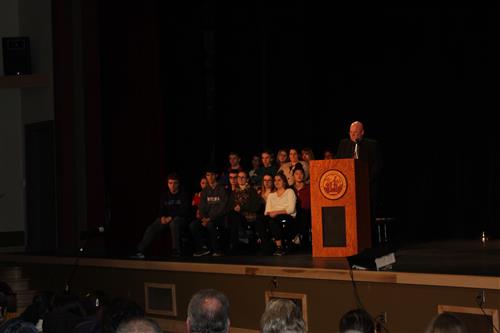 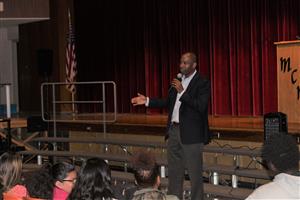 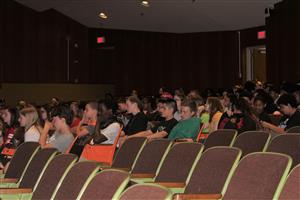 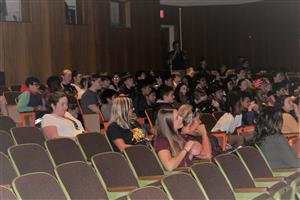 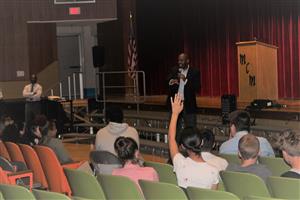 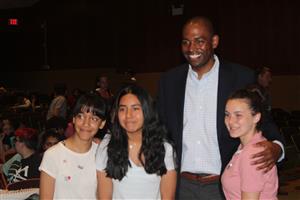 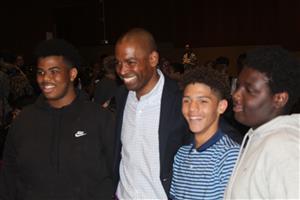 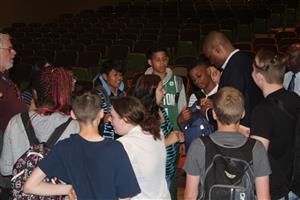 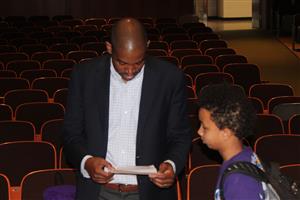