Miller Beez get a lesson from over 2,000 miles away!

During their unit on World War II, 8th-grade social studies students at M.C. Miller Middle School had a visitor from 2,132 miles away.

Over the summer, our own Mr. Tucker had the opportunity to visit the newly opened Heart Mountain Interpretative Center in Wyoming. Heart Mountain was one of the concentration camps that was set up by the US Government to hold 120,000 Japanese Americans from the West Coast after the attack at Pearl Harbor on December 7th, 1941, and housed over 11,000 Japanese Americans.

While at the Interpretative Center, Mr. Tucker picked up some resources to use in class and also set up a lesson to be streamed straight to his classroom. On Wednesday, March 20th, over 100 students on the Miller Beez had a chance to gain valuable background information on this very dark period in American History.

Using Google Hangout, the class was able to connect with Dakota Russell, Education Director for Heart Mountain. He gave a presentation to the students on why Japanese Americans were put into concentration camps. They learned what life was like for children around their age inside the camp. Following the presentation, there was a Q&A session where students asked thought-provoking questions.

The students have been reading "The Diary of Anne Frank" for ELA, so to integrate the information, one of the topics discussed was the difference between concentration camps for Japanese in the US, and Nazi camps in Europe.

Mr. Russell left the students with a very powerful message - make sure you take the time to learn the history and your constitutional rights, and pay attention to what is going on in society so these types of events are never repeated.

A huge thank you to Mr. Tucker for setting this up, and to Mr. Dakota Russell for his lesson. The students verbalized how valuable it was to hear from an expert on this topic and enjoyed the experience. 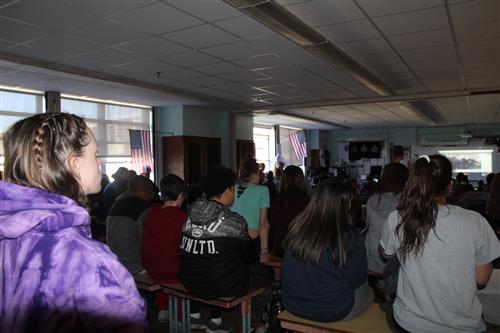 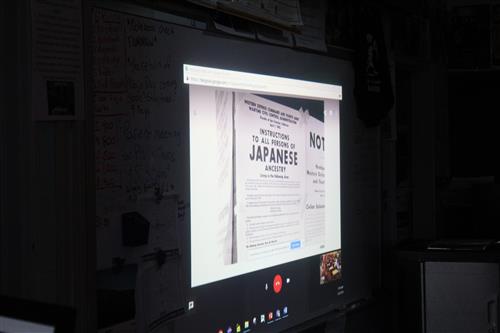 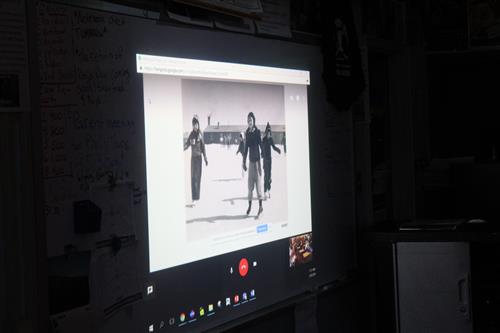